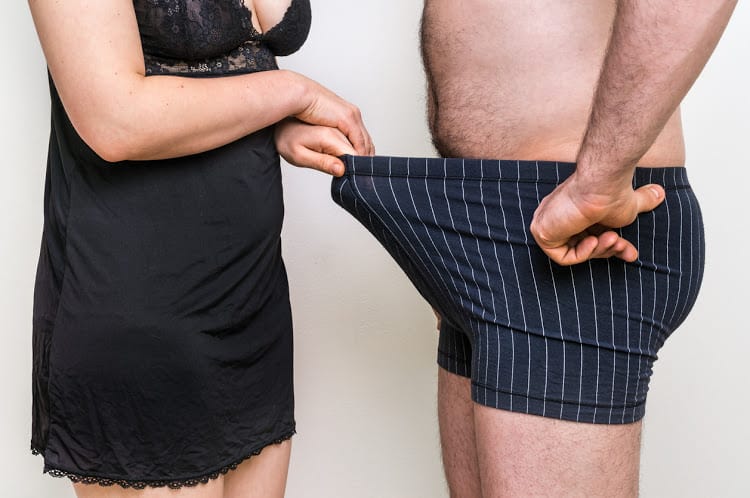 Home
FAQ
Circumcised Vs Uncircumcised: How Does Being Circumcision Affect Size?

Circumcised Vs Uncircumcised: How Does Being Circumcision Affect Size?

What does science have to say about the matter?

Does Circumcision Make Your Penis Larger?

A 2016 study looked into the relationship between newborn male circumcision and penile length. The participants in the study were all already circumcised and were in the hospital for urological treatment.

The study included 248 patients and multiple measurements were taken, including the second and fourth digit ratio along with flaccid penile length.

The group was divided into 72 that were circumcised as a newborn and 176 that were not. It was determined that the group that was circumcised as newborns had shorter penile length than their counterparts.

Factors that were also measured included:

It was found that there was no uncircumcised and circumcised comparison that found any of these factors mattered in flaccid. In all cases, newborns that were circumcised had smaller penises.

Erectile penile length did correlate with second to fourth digit ratio and age. Age of circumcision also played a role in the participant’s penis length.

It’s important to note that a study with a larger participant pool is recommended by the researchers.

How Much Bigger Are Uncircumcised Penises?

Circumcision reduces the average penis size by 3/8 inches. The difference may not seem major, and while it’s only 8mm total, it can vary from one person to the next. Some may experience a full half-inch difference, which may lead to higher rates of overall confidence during intercourse.

If you’re already circumcised, there’s little you can do to go back to a time when you weren’t and to stop the cut from occurring. However, if you’re having a child, you may want to consider size differences when making your decision. There’s also the chance of allowing him to decide on circumcision when he’s old enough to make his own decision.

But what do other studies and information we know about penis size state?

Penis size is primarily genetic, and the difference in length between circumcised and non-circumcised newborns wasn’t outlined in the study above, albeit the size was difference was noted.

What is known is that:

Foreskin will move out of the way when the penis is erect to expose the glans, but when a man is circumcised, the glans are always exposed. The skin closer to the glans may also be slightly more sensitive when circumcised.

The men that weren’t circumcised had lower sensitivity levels than their counterparts, although there was no impact on:

Additional studies found that circumcision does not have a long-term, negative effect on a person’s sexual function.

What is the Percentage of Circumcised Males in US?

The CDC offers insight into circumcision throughout US and current trends emerging. From 1979 to 2010, it was found that 10% less people were circumcising their children. More importantly, 64.9% of newborns were circumcised when they were hospitalized at birth in 1981, and this level fell to 55.4% in 2007.

Figures fluctuated between this time, rising in the early 80s to swiftly declining and rising again in the 90s. Changes to the recommendations on circumcision seemed to play a role in these trends more than any other factor.

Regional differences also exist, where some regions have a much higher rate of newborn circumcision than others.

Does Circumcision Offer Any Benefits?

Yes and no. Men that have their foreskin must spend additional time cleaning the area or risk infection and potential foul odor. There are also benefits to being circumcised, including but not limited to:

But there are also obvious drawbacks of circumcision, too.

For some, they believe that intercourse is more pleasurable when uncircumcised than when circumcised. The idea behind this is that the foreskin has a lot of nerve endings, which may lead to better overall sexual experience.

This is not something that can be verified for newborns, but there is some evidence that after circumcision as an adult, intercourse does feel better for some and worse for others. But the majority of males that have had circumcision performed as an adult note no major difference in intercourse pleasure.

If you were circumcised as a newborn, it may have played a role in your shorter penis size. There’s no way to reverse this procedure.